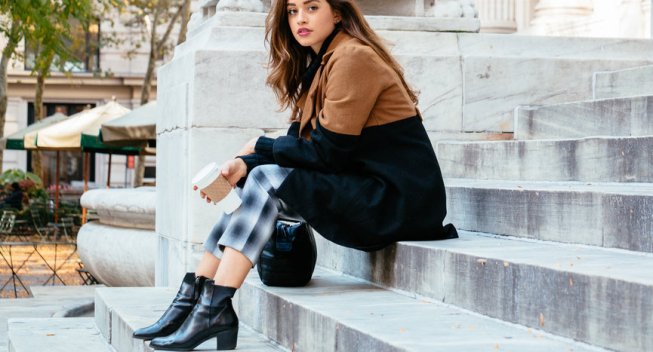 There are multitude of reasons why you may decide to move from one city to another. Maybe you just landed a sweet high-paying job after graduating college or you’ve done the research and decided that moving would be a better option for starting your own business.

While it would be great to just pick-up and go, it’s not always that easy in real life. You could potentially move to a new location that is too expensive for you to live in. Can you live your ideal life in New York City if you’re only bringing in $50,000 a year? It would definitely be a challenge.

To give you a better idea of the cost of living across the country, here are the twenty-five largest metro areas, ranked by population size, in the U.S. and a glimpse of how much it takes to live there.

The cost of living in Tennessee’s state capital is s 0.80% lower than the U.S. average. A one bedroom apartment in the city center averages $1,343.40 per month, with utilities at around $130. If you were to have a three course meal at a mid-range restaurant, it would cost you about $50 for two people.

Living in the nation’s capital isn’t cheap. In fact, it’s one of the most expensive areas to live in the country, especially when it comes to public transportation and necessities. A 900 square foot apartment could cost you more than $2,000 per month, on top of $166 for utilities. Want to eat out for lunch? Expect to pay $13 for a basic meal.

A one bedroom apartment in Denver could set you back around $1,500 per month, which is slightly higher than the national average. Utilities are around $130 and the cost of eating out for two people averages $60. If you’re active, expect to pay more for athletic shoes than the rest of country.

Residing in the Great Northwest can get pricey. Monthly apartment rentals can range from $1,612 to $2,278. Prices for utilities are around $133/month. It’s worth noting, Seattle has some of the highest prices in the country for men’s haircuts and local cheeses.

Depending on which section of Bean Town you live, monthly rent can be anywhere from $1,600 to $2,600. Utilities are around $145 and going out on the town isn’t overpriced, $65 for a meal for two. But, you can expect to pay higher prices on groceries like tomatoes and imported beer.

Memphis is one of the more affordable places to live in the country, it’s actually 14.3 percent lower than the national average. Home prices average around $180,375, with the average two-bedroom/two-bathroom apartment going for $726 a month. However, grocery shopping can get pricey depending on the area. For example, a pound of ground beef costs $2.60.

For such a large metro area, the cost of living in El Paso isn’t too shabby. Rent for an apartment in the most expensive part of town is around $1,000. The price of clothing, gas, and even the internet are more affordable than most other areas – $35 for a pair of Levis, for example.

With prices ranging between $850 to $1,250, Motor City does offer some of the most reasonable apartment and home prices in the country. However, utilities are extremely high – over $250/month. That is outweighed though with the low cost of entertainment ($35 for a dinner for two), shopping ($39 for a pair of jeans), and just $27 for a monthly membership to a fitness club.

You can find a place to rent in Charlotte between $750 to $1,600. While the cost of men’s haircuts, and potatoes, are more expensive than other areas in the country, Charlotte has some of the lowest prices for cleaning services and beer prices at local pubs.

Housing prices in Ohio’s state capital (also the largest city in the state) run between $863 to $1,600. While cleaning services are some of the highest in the country, flat screen TVs are some of the cheapest ($304 for a 40”), as are beer prices in the local bars.

San Francisco is crazy expensive. In fact, the total cost of living in San Francisco is 62.6% higher than the U.S. average with home prices averaging more than $737,600. Renting a place isn’t much better since SF has the highest prices in the country: $4,650 for a two-bedroom apartment. Going to restaurants? Expect to pay $80 for a mid-range establishment. To make matters worse? Groceries and health care costs are more expensive here as well.

If you enjoy working out, then you should know that Indianapolis has the cheapest gym memberships in it business district in the world. Indy also has some of the cheapest basic dining-out options in the country, around $11 for lunch. Housing ranges from just under $700 to just over $1,300 per month.

Like many other metro areas, Austin has a flexible range for housing, usually from $878 to $1,880 per month. Utilities are around $179, but entertainment prices are favorable. A basic dinner for two? $37. Two tickets to the theater? $21.

Did you know that San Antonio has the cheapest apple prices in the country at $2.34 for 2 pounds? The home of the Alamo also has the second cheapest public transportation prices in the country. On the downside, going to the theater is one of the most expensive with two tickets selling for $219. Housing prices range from $700 to $1,400 per month.

Housing prices in the dessert can be anywhere from $674 to $1,600 per month. Your utility bill could be pricey as well, around $180/month, but that’s expected since you’re running the air conditioner. Meals and groceries can be affordable, $50 for two people at a mid-range restaurant. Gas prices can be high, but a monthly public transportation pass costs $62.

The City of Brotherly Love can get expensive. Expect to dish out between $1,200 to $2,700 for a place to live each month. And, Philly has the third most expensive utility prices in the country on top of that. While the cuisine is some of the best country, having dinner at a nice Italian restaurant is the second most expensive in the U.S. costing an average of $119.

For such a large metro area, you can actually stretch your money in Houston quite well. The cost of living is 11% lower than the national average. Food prices, health care, gasoline, and utilities are lower than average. You can even purchase a home for around $124,700.

The Windy City is a pricey area to live. In fact, ChiTown has some of the most expensive prices for jeans ($61), cappuccino ($5.19), and public transportation. Monthly rent can be anywhere from $900 to over $2,000, with utilities averaging $213.

Sale prices on LA homes have appreciated 78.5% over the last five years. That means it would be hard to find a place to rent for under $900 per month. At least utility prices, $110, are cheaper than most other areas. Transportation is costly, gas prices are sometimes 55% more expensive than the national average. The cost of food and entertainment are also high. And, don’t get us started on the 9% sales tax.

As the largest city in the country, and such a popular tourist destination, it’s no surprise that the Big Apple is ridiculously expensive. For starters, New York has some of the most expensive housing prices that cost between $1,638 to $3,895 per month. Own a car? Expect to shell out $533 per month in parking downtown. Enjoying a meal at a modest restaurant? You’ll be spending at least $75. And, if you have any money left over, you may be able to afford to shop or enjoy a movie at $14 per ticket.

Before you move, CNN and Bankrate offer handy Cost of Living Calculators that compare your current expenses to your possible expenses in the area that you’re moving to.

Both calculators are great starting points to help you decide if it’s worth relocating or not based on factors like your salary and how much money you’ll be spending (or saving!) on housing, groceries, utilities, transportation, and health care.

Gift Guide: What Freelancers Really Want for the Holidays

How to Date on a Budget

17 Tips for Getting a Job Out of College

Should You Lend Money to Family and Friends?

How to Negotiate Salary Increases and Promotions

How to Make the Most of Thanksgiving Leftovers

How to Void a Check

Should You Lend Money to Family and Friends?

How to Negotiate Salary Increases and Promotions

How to Make the Most of Thanksgiving Leftovers

How to Void a Check